Spectrum Internet Speeds and Prices: Cable services have become quite expensive and in sharp contrast, watching your favorite shows through the internet can indeed be one of the excellent options. Spectrum Internet service can be one of the excellent options from this perspective. We have plenty of streaming services currently available and affordable internet service can be a great choice for this purpose. Getting unlimited entertainment is guaranteed when you have the Spectrum TV app installed on your Firestick.

You may be wondering about the speed offered by Spectrum’s internet connection. As it’s one of the top internet providers in the United States, Spectrum doesn’t offer lower download speeds in all areas. The focus of Charter Spectrum™ Broadband service is on providing customers the highest possible speed while retaining options of different speeds.

Spectrum Internet Plans – How much does Spectrum cost?

The internet only plans from Spectrum is listed at a price of $ 44.99 per month. However, this plan is only promotional in nature. The plan will be available for a period of 12 months and after that, you will need to pay higher subscription charges for the Spectrum internet packages.

The subsequent charges would be around $ 64.99 per month. Now, why are we using an ambiguous term like that? Because the Spectrum internet prices are NOT universal across all the regions. You will be charged differential subscription charges based on the area. Checking out the official Spectrum website would be a practical option.

The internet speeds available at the base price of $ 44.99 would be up to 200 Mbps. That should be a great option for almost all your needs in streaming your content or undertaking almost every one of your needs in improved efficiency.

Why you need a VPN

While Streaming online, your IP will be exposed easily. Hence ISPs (Internet Service Providers), app developers, government agencies and hackers can track your online activities with ease. At the end of the day, you may face some legal problems if you have streamed any copyrighted contents. To avoid these problems, we recommend you to use VPN (Virtual Private Network). A good VPN lets you hide your real identity by switching your IP to different locations. On the other hand, VPN is also helpful in accessing the media that are geo-restricted. Some of the apps/services like Netflix, Amazon Prime Video, Hulu, BBC iPlayer and more are geo-restricted in certain countries. To bypass those restrictions, you need to install a VPN on your device.

After trying out several free and paid VPN services, we recommend you to use ExpressVPN. It is regarded as the best VPN to safeguard your privacy. While purchasing the ExpressVPN, make sure to select the annual plans rather than selecting the monthly plans. You will also get a 49% instant discount on the 12 Months Plan. Moreover, you will also get 3 extra months free with the 12 month plan.

What are the Spectrum Internet Speeds and Prices?

Like we stated, the plans differ across regions and the speeds would be in tune with the monthly charges. The table below should provide you an insight into the best features offered by Spectrum internet service.

That said, there are a few other issues you would witness with the Spectrum internet prices. Only a few plan options and not much flexibility can be one of the serious issues.

A few things we were looking for improvement include

What do we think about the Spectrum Internet Plans?

Now that we have only Spectrum internet packages, it would be easy to review them and have a better understanding of each of them.

Do note, however, that the 200Mbps speed will only be available only on wired connections, and if you are using a WiFi connection (obviously enough), you will be forced to limited by the speed constraints. Of course, there will not be much throttling over WiFi, but you will face distortions if you are using multiple devices.

This is the second plan and comes with speeds of 400 Mbps. The plan can be suitable for up to four to six devices. If you value speed and value addition, the Spectrum Internet Ultra is one of the right options among the best Spectrum internet plans.

It should work for an entire family of moderate internet users to a few heavy users. You should be able to get access to a decent internet speed even over WiFi and even during the peak usage time. If one of your family members is playing a resource-heavy online game and you are checking out a few movies on Netflix, this can be a great plan for your needs.

The plan is best designed for heavy internet users. It will work best with the seven devices. The plan offers you a 940 Mbps speed which may be overkill if you are a normal user. Hardcore gaming, multiple people streaming and smart TVs can be a few of the excellent options that can prove to be quite effective and efficient.

Check out the different plans offered by Spectrum internet services and gain access to every detail about the Spectrum internet plans. The detailed description of each of these options should provide you with access to very enhanced service quality. 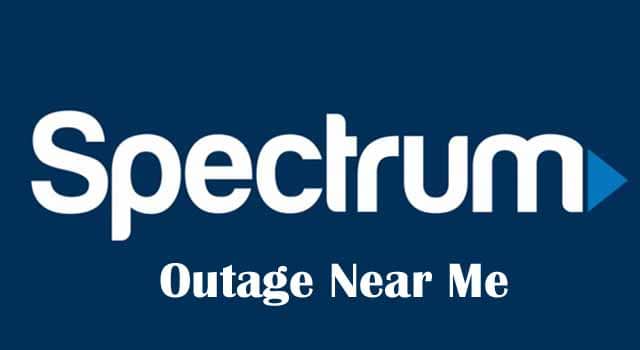